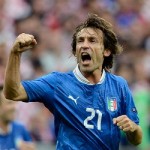 Manchester United striker Javier Hernandez, the only player to score in a competitive game for Mexico in 2013, is expected to start up front for El Tricolor while Mallorca attacking midfielder Giovani dos Santos will hope for a recall after starting the game against Costa Rica on the bench.

Italy striker Mario Balotelli is doubtful for the game after withdrawing from training on Friday with pain in his right thigh. Andrea Pirlo will win his 100th cap if he plays, which would make the Juventus star only the fifth Italian player to reach the century after Fabio Cannavaro, Gianluigi Buffon, Paolo Maldini and Dino Zoff.

Mexico coach Jose de la Torre: “There’s no doubting that we haven’t obtained the results we need at home. It’s always important to win matches at home, we haven’t done it and that has made our lives more complicated. We haven’t played good football and that has been reflected in the results.I think the supporters have the right to say what they want, they were extraordinary, they supported us throughout the game. Everyone has a coach within them and we will always see things differently.”

Italy coach Cesare Prandelli: “This competition will help us improve our team spirit even more, and it will also allow us to look at several players who could be useful in the future. We’ll be starting against Mexico, who tend to play with lots of intensity, combining technique with speed. The Mexicans aren’t here by mistake – they have quality in their team, particularly in attack.”