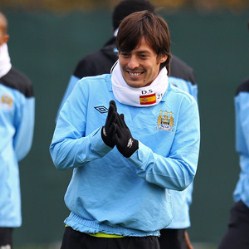 City face Arsenal on the back of consecutive defeats.

Richards told the Sunday Mirror: “Van Persie and Silva are ­probably the best two players in the Premier League on form. If both keep up this form, I think one of them will be player of the year.

““You don’t know what’s around the corner and one of them could get an injury, but they are the two stand-out candidates. ”

“Silva is awesome. When we first bought him, people didn’t know quite what he could do, but now he’s shown that he’s a world-class ­player.

“Not many people so small can play so well in the Premier League, but he’s got everything. He makes us tick.” Aleksandar Kolarov Ruled Out For A Month With Calf Injury