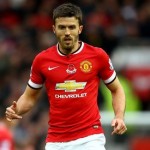 Reports are out claiming that Michael Carrick insists Manchester United can dump Manchester City and finish in second place this season.

Van Gaal’s side have made up five points on faltering City over the past nine games and are ready to compound their miserable run by overtaking Manuel Pellegrini’s struggling side.

Asked if second spot was a realistic target for United, who travel to Liverpool on Sunday and face City and Chelsea in the next month, Carrick said: “Yes, we’ve got to aim for that.

“We’re within touching distance now. You look at the table now and it’s so tight. But I suppose really we’ve just got to look to next Sunday at Liverpool.

“There are going to be ups and downs because that’s how it is, especially in the last nine or 10 games.

“Sunday is a big game for a lot of reasons and that is probably all we can focus on at the moment.”