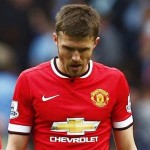 Reports are out claiming that Manchester United midfielder Michael Carrick is happy to take on the vice-captaincy.

It’s a duty Carrick is relishing, even though he insists team achievements will always come before personal accolades.

“I had a chat to the manager about it [being named vice-captain] and it’s great for me for him to think like that,” Carrick told ManUtd.com.

“It’s probably a natural thing with me being one of the older players and more experienced, that’s the natural step – it’s great. I managed to be captain when Wayne missed a game [Stoke in December], which was nice, but it’s not the be all and end all of everything. It’s achieving things with the team that means more to me, but it’s nice to be recognised.”