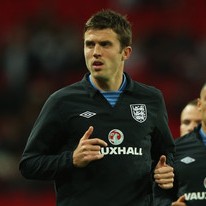 Reports are out claiming that Manchester United midfielder Michael Carrick is already considering this weekend’s blockbuster against Arsenal.

Ferguson’s team have racked up wins against old rivals Chelsea and Liverpool, and midfielder Michael Carrick believes the team must continue their good record against the top sides when they host Arsenal next weekend.

“It’s important to take points off your rivals likes Liverpool, Chelsea and Arsenal next week,” he said.

“Next week is just as important. It’s a good start to the season.

“We’ve obviously had a couple of defeats but we’ve bounced back and we’re still in a good position, so we can be happy.”