Manchester United midfielder Michael Carrick has revealed that he has no thoughts of international retirement. 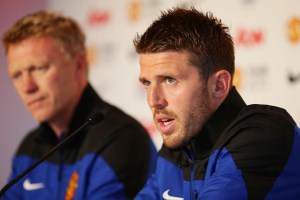 The 32 year old does not believe next summer’s World Cup will be his last shot at a major international tournament.

“There’s no reason why I would be thinking of packing up any time soon,” he said.

“You never know what’s around the corner but I wouldn’t say it was going to be my last one.

“Scholes and Giggs are the perfect examples. I’m not saying I can do what they have done because that’s extreme but it’s something to look at.

“Two or three years ago people were questioning Rio and saying he wasn’t far away from finishing.

“But he kept going and he’s still as strong as ever.

“With experience, you can find a way of getting the best out of yourself.”