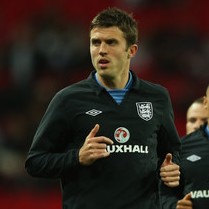 It has been revealed that Manchester United midfielder Michael Carrick hopes they can rediscover their ruthless streak.

Carrick told MUTV: “It has been a while since we got the first goal in a game.

“We had a spell, about a year or two ago, when we were starting games really well and killing teams off really early. We want to get back to that because Old Trafford is a difficult place to play when you go a goal down.

“We want to make it that way, certainly in the games that are to come because going a goal down has made things a lot harder for us than they should have been.”