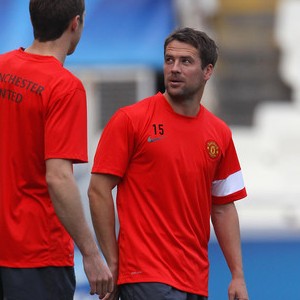 A potentially good news for all Manchester United fans as striker Michael Owen could be back in time for the festive fixtures.

The former Liverpool and Newcastle United ace has returned to full training following a hamstring injury that has kept him out of action since October.

Manager Sir Alex Ferguson told MUTV: “He is doing very well. He took part in the football side of it yesterday.

“I would say he’s two weeks away [from playing]. We need to make sure he does a good stint of football training before we bring him into the games.”

However Owen Hargreaves is no nearer a return from his hamstring problem.

Ferguson added: “It’s a bad blow for the lad and it’s hard to take, given the length of time he’s been out and the amount of football he’s missed.”