Michael Owen has admitted that Daniel Sturridge has proven him wrong with the way he’s played for Liverpool. 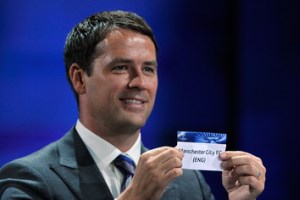 The former Liverpool hero revealed he was originally skeptical when the 24-year-old was linked with the Reds but is happy to have been proved wrong.

The 33 year old told the Liverpool Echo : “When Daniel signed I thought to myself: if Chelsea are willing to sell then is he really going to be what Liverpool need?”.

“Especially considering Liverpool is one of the biggest clubs in Europe.

“We hadn’t seen too much of him as he hardly ever played at Chelsea. But he has been an absolutely inspired signing by Brendan Rodgers.

“He has started the season really well.”