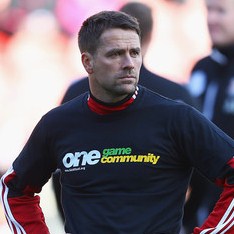 Reports are out claiming that Stoke City striker Michael Owen has suffered an injury setback.

The Sun reported that the former Liverpool, Real Madrid and Manchester United star has suffered yet another injury blow — just as he was about to return.

Stoke’s former England striker was prevented from being a sub at West Brom after he tweaked a hamstring in the gym.