It has been reported that Michael Owen is unimpressed by Arsenal star Mesut Ozil. 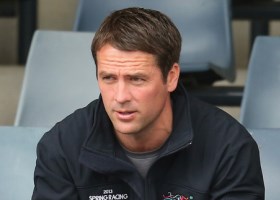 The former Manchester United and Liverpool striker believes the Gunners’ £42.4m record signing has struggled to perform in consecutive matches this season.

The England icon wrote on his blog for Sportlobster : “[Arsenal] don’t have the class of player to go toe to toe with the main title contenders,”.

“Despite people constantly telling me Mesut Ozil is world class, his inconsistency means that we only see occasional glimpses of real quality. His odd good performance is usually followed by half a dozen poor ones.”