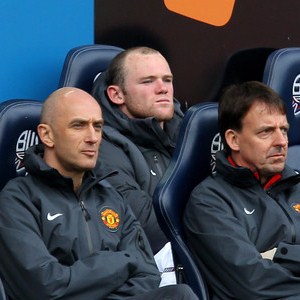 After the 2-2- draw with Bolton, Manchester United assistant boss Mike Phelan revealed that striker Wayne Rooney to be available to take on Valencia in the Champions League this week.

The England international striker has been struggling with an ankle problem recently and had to be taken off during the clash with Bolton but Phelan revealed that Rooney should be right for Wednesday.

“Wayne Rooney had a bit of a knock,” said Phelan.

“He has a little issue with his ankle. We don’t know how serious.

“We will have a look in the morning but we think he will be OK for Wednesday.