Mikel Arteta has revealed that Arsenal’s players are desperate to win the FA Cup this season. 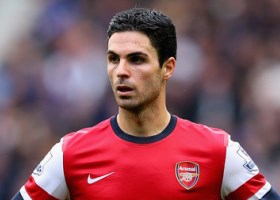 Winning the old mug would end a trophy drought of nine years at Arsenal.

“It is extra pressure but it is also for us a really motivating thing,” said Arteta to the Mail on Sunday.

“We haven’t won anything for almost nine years, so we have a great chance to do it. We can’t just throw it away.

“We want to win it. Do we have to? I don’t know. Probably we have to. But we really want to win it, as it will mean a turning point for the club as well. I think it would be a very important thing for the future.

“You complete a season and win something, you get some confidence and everything starts rolling. Look at Manchester City, how many years they had without winning anything.

“They win the FA Cup and suddenly they have started to build a different atmosphere and a different belief around the team. And we need to do that straightaway.”