Mikel Arteta has declared that Mesut Ozil’s signing has taken Arsenal to a new level. 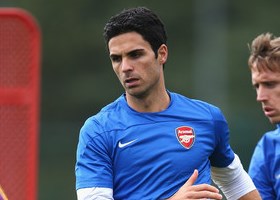 The former Real Madrid star scored his first goal for the club in victory over Napoli.

Arteta told arsenal.com: “He [Ozil] gives you a step forward quality-wise, and is someone on the pitch who can win the game by himself. The more players you have like that the better chance we have to win the games.

“I think it was a great message from the Club [to sign Ozil] because everybody was expecting a top, top player – probably a striker more than a No 10 – but at the end we got an amazing player.

“I think he has lifted not only us but you can see the people are excited again to come and watch us and it makes a big difference.”