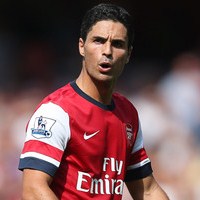 Mikel Arteta is confident that Arsenal can make a statement with victory at Manchester City.

The Gunners are at the defending champs tomorrow.

“It’s still too early, whatever happens on Sunday, and I don’t think it’s going to change anything,” he told Arsenal Player.

“But if you get points there, and you win then you make a bit of a statement.

“It grows the confidence of the team and everyone around it who believes we are as good as anyone in this league. These are good places to show that.

“It’s a huge test for us. We’ve been playing well. We played really good when we went to Liverpool – that’s a tough place to get three points but we did it.

“[This is] another test. Man City haven’t lost at home for a while. We know it’s going to be difficult but I’m sure they will be thinking the same thing.”