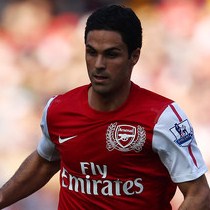 Arteta told the London Evening Standard : “I don’t know what is going to happen but in the last few years it is clear that we haven’t won the Premier League title and we have been far from it,”.

“What we are trying to do is get as close as we can and keep building that belief that we are as good as the Manchester clubs.

“If we carry on until March or April, when it is really tight and hang in there, the spirit we have got in this team can get us something.

“The attitude has been spot on and we know it can only be like this. It cannot be any other way like a game, or 20 minutes in a game when you relax, because you are going to pay for it and against big teams like this, even more.

“For us, it is good because we seemed to believe that we were as good as them, at least. Yesterday we were better than City. If we are, then all we need is consistency. That comes in training and putting your level higher so nobody is allowed to relax.”