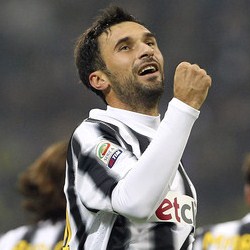 Juventus striker Mirko Vucinic has revealed that he still has hopes of playing in the Premier League.

Vucinic only joined Juve in the summer, but admits he is mulling over his options.

When asked if he would make a move to the Premier League, Vucinic said: “That would be a great destination and, according to my agent, there are several options to consider.”

Tottenham, Manchester United and Chelsea have all been linked with the former AS Roma forward. Fernando Llorente Proud Of His First Season In Italy

Nicklas Bendtner : I Have No Regret Choosing Juventus!