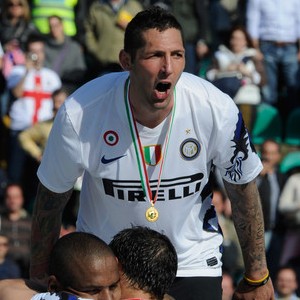 According to Sky Sports Italia, Inter Milan defender Marco Materazzi is being heavily linked with a move to the Major League Soccer in the United States.

It is said that the 36-year old World Cup-winning Italian could end his career in the USA with either the LA Galaxy or New York Red Bulls after it was reported that Inter were happy to end his contract early his next year.

Materazzi has been a great servant of the club after joining from Perugia in 2001 but is set to move abroad and the Nerazzurri are prepared to grant his wishes.