It has been reported that Former Juventus chief Luciano Moggi can’t see Paul Pogba being sold. 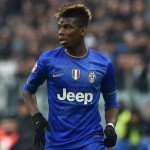 The French international midfielder has been linked with Manchester City, Real Madrid and former club Manchester United this month.

Ex-Juve coach Marcello Lippi added fuel to the fire by urging his old club to cash in on the French youngster.

But Moggi told TMW, “The words of Lippi on Pogba? You have to see the requests that come for the player. He is currently riding high but not yet a champion. Definitely he will become one.

“The only club that could bid high is Real Madrid, but I do not think that at the moment he will be sold by Juventus.”