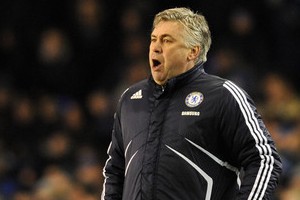 Former Juventus chief Luciano Moggi has told fans things will get a lot worse before they get better.

Juventus remain on the outer of the top four race, despite Sunday’s scratchy win over Atalanta.

Moggi told in a recent interview that : “I am convinced that in the end Juventus will fail to finish fourth, but the future is even blacker than it is at present because the current team needs to be completely rebuilt.

“We need a coach from the first level like Fabio Capello, Marcello Lippi or Carlo Ancelotti, but mainly a strong board to get behind him.

“A new name to suggest? With a strong leadership behind him, I am sure that Cagliari coach Massimiliano Allegri would be the right coach.”