It has been revealed that FC Basel winger Mohamed Salah was still favouring Liverpool over Chelsea until last night. 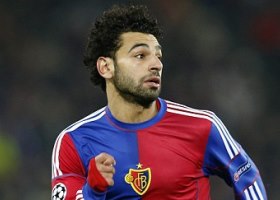 The Daily Mail reported that the Reds’ interest in the Egypt forward and talks were reaching an advanced stage until Chelsea gazumped Brendan Rodgers’ side on Wednesday.

The 21 year old’s preference was understood to have been Liverpool, believing he will get more game time, but Chelsea’s financial muscle – plus the persuasive powers of Jose Mourinho – have swung the deal.

The Egyptian international is expected in London today to finalise the move.