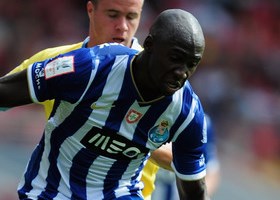 Reports are out claiming that AS Monaco are set to leave Premier League clubs in their dust in the race for Porto defender Eliaquim Mangala.

Portuguese media claims that the 22 year old French international could be set to join Monaco with the ambitious club reported to be ready to pay his 50million euros release clause.

The former Standard Liege centre-back has previously been linked with Chelsea, Manchester City and Manchester United.