Reports are out claiming that AS Monaco are preparing an offer for Manchester United fullback Patrice Evra. 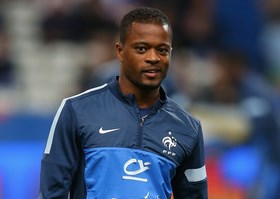 The French international defender has hinted he’s not ready to commit to a new deal at United amid reports of manager David Moyes still chasing Everton star Leighton Baines.

The 32 year old enjoyed four years with Monaco before moving to Manchester United in January 2006.

“It is not that Manchester United do not want me to sign a new contract. This whole thing is personal. Manchester United would like me to finish my career there, but this is something personal,” he confessed over the weekend.