Reports have emerged claiming that AS Monaco vice-president Vadim Vasilyev has again insisted Layvin Kurzawa is not for sale. 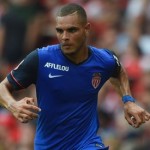 The talented 22 year old left-back is being linked with Arsenal this week after it emerged their French scout, Gilles Grimandi, made a check on Kurzawa a fortnight ago.

This news follows on from Monaco’s need to block the youngster from travelling to England on invitation from Manchester City to see them in Champions League action.

Vasilyev told RTL Radio: “I have rather close relations with the leaders of Manchester City … if one day they see value, they will contact us.

“So they’ll contact me, but there are no negotiations, no discussion about that, Layvin Kurzawa is with Monaco, he remains with us.”