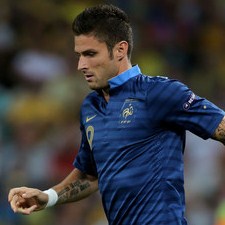 Reports have surfaced that Montpellier have confirmed that Olivier Giroud has left the French champions but have not shed any light on his mooted move to Arsenal.

The 25-year old French international striker has been heavily linked with a summer move to North London and the latest news from Montpellier suggests that a deal could be imminent.

Montpellier president Louis Nicollin has confirmed Giroud’s departure whilst his son Laurent has indicated that a deal with the Gunners is close.

“I wish him well because he’s a good kid,” Nicollin told Midi Libre.

Laurent Nicollin told RMC Sport: “The negotiations have gone very well. We have been in agreement for some days now.” Wojciech Szczesny’s Arsenal Career Could Go Up In Smoke