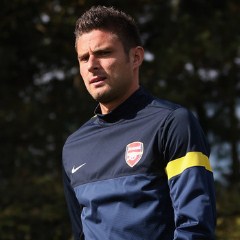 It has been reported that Montpellier would happily take back Arsenal striker Olivier Giroud.

Montpellier owner Louis Nicollin ended up selling the French international to Arsenal for £12.8million — but admits he would have him back on loan.

Nicollin said: “When a player leaves my club, I no longer follow him, even though I like Olivier a lot.

“If Arsenal want to loan him to us, we’ll take him.

“We’ve made a bad start in the league. The essential thing is not to go down and we will fight not to.”