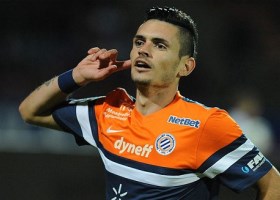 The 24 year old midfield schemer has been linked with Newcastle United, where manager Alan Pardew sees him as a readymade replacement for Yohan Cabaye, now of PSG.

Discussing the players they’re likely to lose, Nicollin said: “It is now likely that Benjamin Stambouli will leave. Cabella too, probably.”

Highly-rated midfielder Cabella was strongly linked with a move to Newcastle in January, and reports suggest the Premier League club will rekindle their interest when the transfer window re-opens.