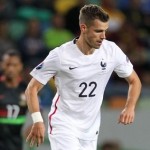 It has been reported that Morgan Schneiderlin didn’t bother about losing sleep when joining Manchester United.

The French international midfielder has admitted he was so eager to be on the plane to the USA with his new team-mates that he hot-footed it back to the UK to complete his medical.

He told Le Parisien: “When the agreement was reached between the two clubs, I was on pre-season with Southampton in Austria, and Manchester United were leaving for the USA the next day.

“I left straight away, passed my medical at 4AM, and signed the papers the next day.

“Everything happened really quickly because Louis Van Gaal wanted me with the group in America to acclimatise myself.”