Reports are out claiming that Morgan Schneiderlin is ready to stick with Southampton. 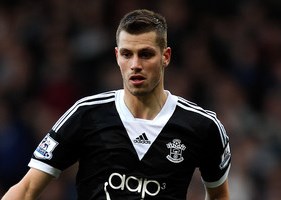 The 24 year old French midfielder has been linked with Manchester United and Arsenal.

The former Strasbourg star admitted: “We know top teams are watching us.”

But he added: “As long as we don’t receive a concrete offer, and as long as the club says they won’t sell, I will never force a transfer.”