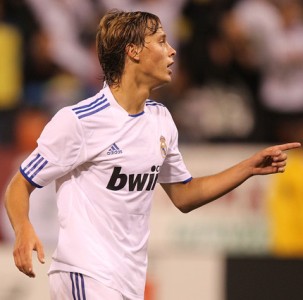 Real Madrid coach Jose Mourinho has revealed that teenager Sergio Canales will be staying with Real Madrid this season.

The 18 year-old signing from Racing Santander was expected to leave on-loan but Mourinho said that Canales could feature in place of the injured Kaka : “He will surprise. He has surprised me.

“He looks very good and can play in the same position as Kaka behind the strikers.

“Since working with him, I have been very impressed.”