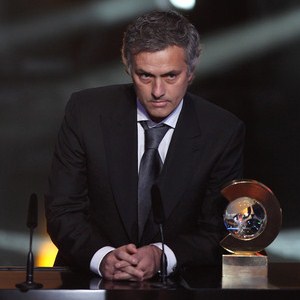 Jose Mourinho has admitted that he misses Serie A.

The Real Madrid boss said : “I am sorry not to be there with you, but the Copa del Rey semi-final against Sevilla has impeded me,”.

“There will be Beppe Baresi to represent me. They are my friends and were my collaborators and what’s more they are Inter fans, which for me is important.

“Receiving an Oscar is wonderful because for me to have respect is important and fortunately I have always had it from my players.

“But it’s also important because that respect and that admiration also came from my opponents.

“I must once again thank my players because they won for me. Without them it was impossible to realise this success.

“If the Italian League is so beautiful and difficult, it’s down to the great Coaches that work in Serie A.

“I have been in Portugal, England, Italy and Spain and the difficulty of the Italian championship has helped me become better.”