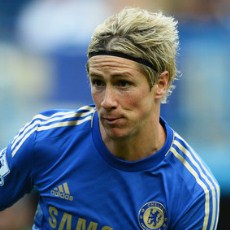 Chelsea manager Jose Mourinho has described striker Fernando Torres as “so-so” and says he has not lived up to his potential at Stamford Bridge.

The Spain international joined the Blues from Liverpool in 2011 for £50 million but has come under intense criticism during his time in London after failing to replicate his best form for the west Londoners, he did go on record to say that he wished to stay in london.

Mourinho says people expect more from Torres because of the reputation he built for himself while at Anfield, scoring 65 goals in 102 games, but says perspective is needed.

“Torres so far is so-so,” Mourinho is quoted in the Mirror. “Somebody could expect more because of his potential, because of what he did before. But not so bad as people sometimes try to say.

The former Real Madrid coach also insisted that owner Roman Abramovich never involved himself in the running of the team during Mourinho’s first spell with the club.

“Never, never during my time did the owner interfere in the basic things of the manager – training sessions, team selection, the profile of player I want to bring, ” he added.