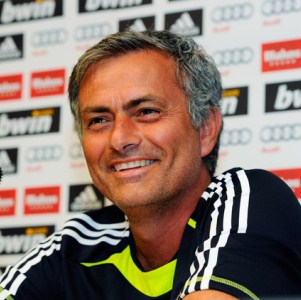 Interesting news are out and it has been reported that Real Madrid boss Jose Mourinho admits Manchester City stand alone in their transfer spending power.

Mourinho, who joined Real Madrid after leading Inter to a domestic and European treble last season, concedes even they can’t compete.

“I understand that if someone wants to compete with them for a player it is very difficult, they are dominant in the market,” he told Sky Sports News.

“I was interested in Kolarov when I came here but I couldn’t compete with them as they went to values that I couldn’t. Sneijder : I Will Never Return To Real Madrid!