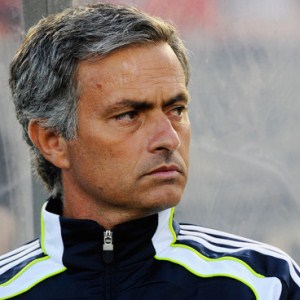 Interesting news are out and it has been reported that Real Madrid coach Jose Mourinho has warned the Real management that the squad is still a striker short.

The former Chelsea and Inter Milan boss has been told by Real GM Jorge Valdano that the chequebook is now closed and there will be no final day signings.

“I’m always in agreement with the club. They have made a major economic effort. They have hired six players. The squad has quality but we need a little luck, because we could have many problems during the season,” said Mourinho.

“For example, if what happens with our forwards is what is now happening with our defence, we will have problems. At the back there are resources, including making Alvaro Arbeloa a central defender.

“It’s the same with players in midfield, we will also have a solution. But if something happens to Higuain or Benzema, we have a problem.

“(But) I am grateful to the board for the effort to recruit quality players.”