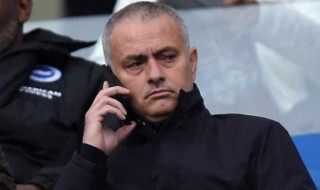 Jose Mourinho has refused to rule out a move for Arsenal playmaker Mesut Ozil, whose current contract at the Emirates is set to expire in the summer.
United meet Arsene Wenger’s Arsenal at the Emirates in today’s evening kick-off amid speculation that Ozil may be reunited with Mourinho at Old Trafford following their spell together at Real Madrid.
Arsenal have attempted to tie down Ozil and Alexis Sanchez, whose contract is also set to expire, but the pair have so far resisted offers to stay in north London beyond next summer.

Wenger, meanwhile, decided against selling either player during the most recent transfer window and risks losing both for nothing.
When asked whether he would consider signing Ozil as a free agent, Mourinho grinned and declined to comment, but only after pointing out that players in the 29-year-old’s position have the right to run down their contracts and seek new challenges elsewhere.

“That’s football,” Mourinho said of Ozil’s current situation. “Marouane Fellaini (the United midfielder, whose contract also expires next summer) finishes his contract. There are other players in Europe, important players in other teams, they finish their contract.
“Sometimes players they decide to go in this direction, which is a right that they have.

“Sometimes they go on a free transfer and can get huge salaries. Other times, the clubs get to keep them, they make extra effort and offer very high salaries.
“I’m not speaking about Alexis or Ozil. I’m speaking about the general situation. Even some of us managers, we prefer to let the contract go until the last year and in the last year we make the decision to stay, to leave.
“It’s a risk for everyone but sometimes the risk works. The important thing is that the players remain professionals and remain focused in the clubs where they are, and they give everything to the clubs until the last day.”