It has been reported that Chelsea boss Jose Mourinho has refused to publicly criticise Ashley Cole for attending Arsenal’s Christmas party this week.

However the Portuguese tactician did reveal that the England international would not be in the Blues starting line-up against the Gunners. 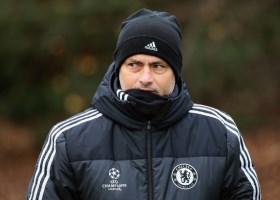 Mourinho said: “I have my opinion, but I keep (it to) myself. It was a free day for them, so I’m not a father, I’m a manager, and I can’t control what they do when they are not with me.”

Mourinho added: “From the beginning Ashley’s not playing, (but) today is Friday, the game is Monday. Something can happen in between.

“I play Ivanovic right-back, I play Azpilicueta left-back. I play John Terry and I have to choose between (Gary) Cahill and David Luiz.”