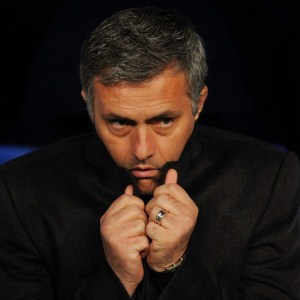 Jose Mourinho has declared that he is keen to avoid former clubs Chelsea and Inter Milan in the Champions League quarter-final draw on Friday.

The Special One led Real Madrid to a landmark victory over Olympique Lyon winning 3-0 for a 4-1 aggregate success to claim a berth in the last eight for the first time since 2004.

Mourinho told a news conference : “I prefer to avoid Chelsea and Inter because emotionally it’s difficult playing against your people and your friends,”.

“If we have to play them then we will play them as we are all professionals but I’ll have to forget they are my people.

“Emotionally I will have to better prepare myself to play Inter or Chelsea.”