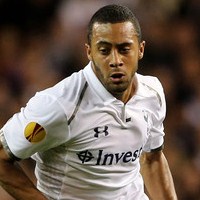 Tottenham midfielder Moussa Dembele insists he is not a similar player to Luka Modric and wants comparisons between the pair to end.

The Belgian international was signed by Tottenham from Fulham in the summer to replace Croatian playmaker Modric, who departed for Real Madrid, but he says that is the only connection stuck between the two.

The 25-year old told the Daily Mirror : “Before I came to Tottenham, I was a big fan of Luka Modric,”.

“For me, he was one of the best in England but I am a totally different player.

“I try my best to be as important as he was and that would be a great achievement.”