It has been reported that Nacho Monreal has no regrets over his move to Arsenal. 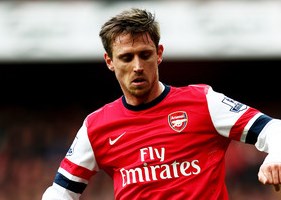 The Spanish international fullback chose Arsenal over a rival offer from Athletic Bilbao when deciding to leave Malaga in January 2013.

“I came to Arsenal in a great moment of trust in me and I was more interested in the offer they made to Malaga. It’s a great club,” he told AS.

“I was very flattered by the interest of Athletic. They asked several times for me at Osasuna and Malaga. It is one of the best clubs in the Liga and are playing great football.”