Reports are out claiming that Arsenal fullback Nacho Monreal is enjoying the competition with Kieran Gibbs. 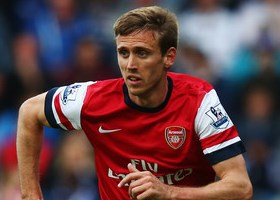 The Spanish international fullback has been impressed by Gibbs’ form but he is ready to take his own chance when it comes.

“I think that there is a very good rivalry there,” Monreal told Arsenal Player.

“I think we are two very good players, we give 100 per cent for the team in the training sessions and in the games.

“In truth it is a tough moment for me because the manager is choosing Kieran over me, but to be honest he is playing very well. All of the games that he’s played in he has done well, the team is on a good run, and I don’t see things changing in the short-term.

“There is nothing I can do but to keep training, do the best I can so that when I do get the nod from the manager, I can take advantage of my chance and show him that he can count on me.”

Arsene Wenger Given The Green Light To Spend Big In January