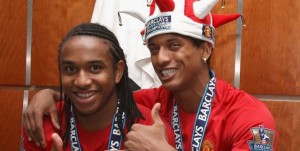 Sir Alex Ferguson has confirmed on ManUtd.com that both Nani and Anderson will be in the squad for the clash with Liverpool at Old Trafford on Sunday.

“All in all, we’re in a healthy situation. How long it will last I don’t know, but it’s good to have them back.

“Of course, it’s Liverpool, a derby game. It never changes, it’s always an immensely important game and also intense and emotional,” added the United manager. “Everything you can think of in a derby game will probably be there on Sunday. At least we go into the game in reasonable form.”