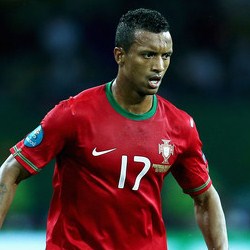 The Real Madrid star has come under attack for not stepping up sooner in the shootout defeat to Spain, which was lost without the Real Madrid man taking his kick after Bruno Alves, a defender, thundered his effort against the crossbar.

“I said to the coach I would accept any order.

“It didn’t seem to be a problem to me, because penalty shoot-outs are all about luck and we did not deserve to lose like that.”