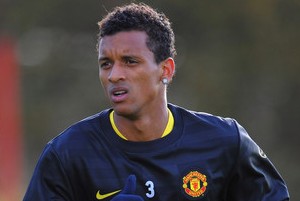 Manchester United winger Nani has revealed that he is pleased with his contribution in the 4-0 drubbing of Hull City.

Nani produced possibly his best display since joining the Red Devils for £17million from Sporting Lisbon in 2007, creating Wayne Rooney’s second and third goals before substitute Dimitar Berbatov set up a fourth.

Nani told reporters after the match that he was happy with his performance.

The Portuguese international added that it was good to create the goals for Wayne because as he is such a fantastic player.

He added that when you see your striker score four goals it gives the team all the confidence because the team knows that they have someone who can score every game.