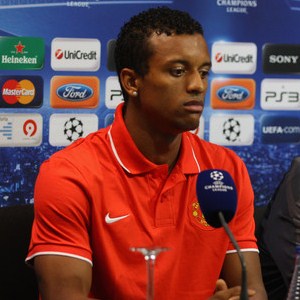 Manchester United winger Nani has sensationally declared himself among the best players in the world.

The Portuguese international winger made the claims after scoring controversially in United’s victory over Tottenham.

He said: “As a player I think I’m close to being as complete as I can be. Now I can say I’m one of the top players in the world. Maybe United’s fans are seeing the real Nani. They are happy with me and I am happy with myself – but I want to do even more.”