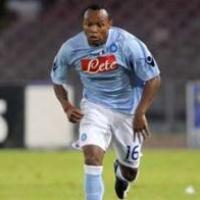 Napoli regained second place in the Serie A table after a 1-0 victory over Catania at the Stadio San Paolo lifted them back above Internazionale.

Juan Zuniga’s first half goal was enough to seal all three points for Walter Mazzarri’s men after the league’s top scorer, Edinson Cavani, had missed from the penalty spot with the scores level at 0-0.

With their three closest rivals all winning over the weekend, it was imperative that Napoli matched them in order to remain just three points adrift of leaders AC Milan going into their second league meeting next week.

Without the suspended Ezequiel Lavezzi, Napoli lacked a certain fluency and a killer instinct in attack but did what was required of them to leave Catania teetering dangerously above the relegation places.

Maxi Lopez Linked With A Move To Fulham