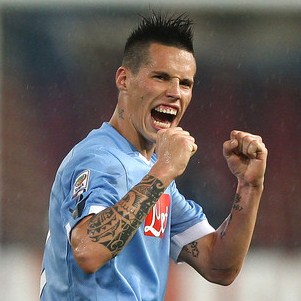 Napoli moved a step closer to a place in the Champions League next season with a 1-0 win over Genoa at the Stadio San Paolo tonight.

A goal from Marek Hamsik seven minutes from the end of the game earned Walter Mazzarri’s side all three points to take them nine points ahead of fifth-placed Udinese and to within a win of guaranteeing their place in Europe’s elite club competition next season.

The win also keeps alive their slim hopes of winning the Scudetto, although league leaders AC Milan would have to lose three of their last four matches for that to be possible.