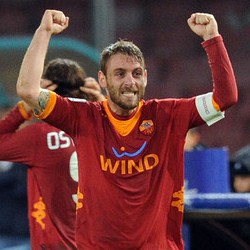 Napoli keeper Morgan De Sanctis fumbled the ball into his own goal in the third minute of a frustrating night for the home team who could not turn their dominance into goals.

The lively Marek Hamsik got a goal back with eight minutes to go, but the comeback was short lived as Paolo Cannavaro deflected a Fabio Simplicio drive up and over his own keeper and into the back of the net.

The result leaves Napoli 12 points off the top of the league in a season when they were fancied to be challenging for the league title. While Roma move to 9 position, now with the same number of points as tonight’s opponents.