It has been revealed that Napoli manager Rafael Benitez was left to ponder what might have been as his side slumped to a 2-0 loss at Arsenal in the Champions League on Tuesday. 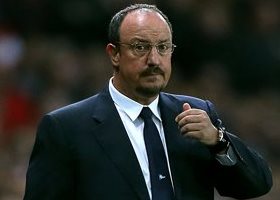 The Italian club conceded goals to Mesut Ozil and Olivier Giroud in the opening 15 minutes and could not get themselves on the scoreboard as they were beaten for the first time this season which disappointed Benitez.

“We started very badly,” he said.

“When you are 2-0 down early in the game against opponents like Arsenal everything becomes very difficult.

“We played a bit better in the second half but it was difficult to come back. We knew it was a tough game against Arsenal but we still think we can say a word in this group.

“I had told the players to be focused from the start because I was expecting Arsenal to start at full pace – but we still conceded twice.

“We made a few mistakes tonight, I’m not sure if we lacked experience but when you make mistakes at this level you certainly pay for them.”