Interesting transfer news are out claiming that Napoli are in talks with Lyon for Maxime Gonalons. 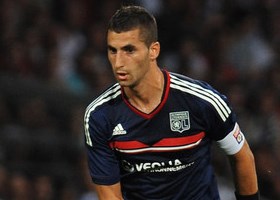 RMC Sport claims that the Serie A club are preparing an official offer for the 24 year old French international, with the aim to bringing him to Naples as early as January. Agent : Ezequiel Lavezzi Will Not Join The Premier League!