It has been reported that Napoli are in advanced talks with Barcelona over a deal for Javier Mascherano. 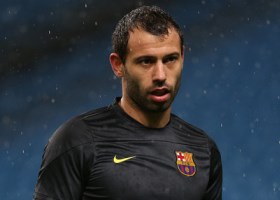 It is said that Napoli coach Rafa Benitez is eager to be reunited with his former Liverpool midfielder and president Aurelio de Laurentiis has been driving negotiations.

Calciomercato.com says only minor details need to be signed off. Indeed, Napoli and Barca are now preparing their banking documents to finalise the transfer.

An announcement is expected once Napoli’s Champions League qualification is assured.

Mascherano is tied to Barca until 2016 and has been exploring the prospect of moving on for much of this season.